First of all, I just want to say a huge THANK YOU to everyone who commented, messaged, and shared the news about my upcoming book this week! I feel so loved, and I cannot wait for the book to be in your hands. If you missed my big announcement, here it is!

AND- My Storied Year is available for preorder now! Find it here.

Also, many of you have asked me privately how in the world I got to this place, and so here is my story–shortened and condensed into a few meaningful moments and steps that I took along the path to getting published.

A few years ago, pre-children when we had an actual social life, my husband and I were at a Top Golf and I was chatting with a woman who I knew but not well. She casually mentioned that she had written and published a book. In true #booknerd fashion, I looked up her book on Amazon right then and added it to my Kindle collection. Then I said, “How did you do it? I would love to write a book, but I don’t think I really could.” Her response? “Sure you can. You just sit down and you do it.” I don’t think she knew the gift she had given me that night.

A few years later, after having our daughter, teaching through another pregnancy before deciding to stay home, starting a blog that like five people read, and having a mild identity crisis, I texted a friend, “I think I’m gonna write a book.” I think I was maybe expecting (hoping?) for her to give me an out, like, “Hey friend, you have a new baby and things are crazy in your life. You’re moving to a new town and nursing around the clock, plus your three-year-old is very energetic, so it’s okay if you don’t.” But she didn’t. Instead, her response was more like, “Um, DUH, of COURSE you are.”

I typed the first (terrible) line of a middle grade novel sitting criss-cross in a bed at a Courtyard Marriott, hair wet from a fresh shower, in new Target sweatpants that would become my new stay-at-home-mom uniform, my daughter on episode number 897 of Bubble Guppies, snack wrappers strewn about, and my baby boy asleep in his pack-n-play. All of our stuff was in two storage containers on our old driveway, and our new house was so close to being done and ours that I could taste it.

Once we got settled in our new home and a new routine, I wrote a little bit every day. Chapter by chapter, the story started to come to life. I wrote by hand, in a journal, typing each day’s work later on. I wrote as I sat amongst piles of toys, crafting sentences between nursing sessions and puzzle building and reading books and singing songs. I didn’t think much about what would happen after I finished writing it; for me it was more of a personal challenge of seeing if I could, in fact, finish an entire manuscript.

I am (mostly) an introvert, so the few women I had met in our new small town were neighbors or from the library storytime I took my kids to each Friday. I felt safe at the library, because book people are the best people, and I had connected with a couple moms on Facebook. One day I noticed that one of these moms had marked that she was interested in a local writing conference. I took a deep breath, gathered up all my courage, and messaged her: “Are you a writer? Do you want to go the conference with me?” I’m so glad she said yes, because that conference started everything in motion. And it gave me a deadline to finish my book. You can read all about that first conference and my pitching my book to a literary agent here.

Turns out, the agent I met with that day did get back to me about my book. In between the conference and hearing from her, I submitted query after query to literary agents all over the country who represented middle grade fiction, and I got lots (and lots) of rejections. Some I never heard back from at all. But then, Amy emailed me back. I could still remember her kind smile and bright eyes, and my hands shook as I opened her long message. She wasn’t ready to represent me, yet. She liked many things about my book, but it needed a lot of work. Instead of just saying “better luck next time,” she took the time to detail what changes she thought would make it better. And she was right. She knew the market and what made for a compelling middle grade story. The email ended with an invitation for me to resubmit the manuscript if I was willing to work on it.

So I did, taking a lot of her advice. The story changed, but only for the better. After reworking what felt like every single scene, I ran it through a professional editor and then sent it back to Amy. In the meantime, I kept sending more and more queries, getting more and more rejections.

It was a rainy, thundery day when Amy emailed me back. This time, it was short: “Can I call you to talk about your book?” My big one was at school and my little one was napping when we talked. She offered to take me on as a client and gave me even more feedback on how to keep revising.

A few rewrites later, we were ready to submit the manuscript to publishers. From here, the process pretty much started over, only this time, my agent did the querying for me. We got lots of rejections, but Amy told me she wasn’t giving up any time soon. Then, right before my second year at the DFW Writing Conference (so much less stressful due to not having to pitch to an agent this time!), Amy told me that a local publisher had moved my manuscript up the chain of command, meaning that the acquisitions editor had liked it enough to pass it along to the publisher herself. I was hopeful, but realistically calm.

At conference that year, I attended many different workshops, took copious amounts of notes, and talked to lots of fellow writers. After one session, I heard a woman talking to a writer who was hoping to publish. She spoke with such authority but also kindness in a way that commanded attention, and I found myself eavesdropping. I also found myself thinking, Hm, I hope I can find an editor like her. She’s so warm and encouraging. At lunch that day, this same woman sat a table over from me and won some kind of raffle prize. When they announced her name, they also added that she was the acquisitions editor for the exact publisher that was looking closely at my book. I turned to my friend and could barely contain my squeal as I told her who this woman was.

I didn’t approach her that weekend because I didn’t want to seem unprofessional or jeopardize my chances with her publishing house. But a few weeks later, I was offered a contract. My agent was over-the-moon excited, telling me that these publishers were “really lovely humans.” After meeting them in person shortly after I signed my contract, I knew that Amy had told me the truth–these are lovely humans, the best kind of people. I felt right at home immediately in their presence.

Now, a year after that second writing conference, I have a cover and a release date for my book. It turns out, in a random (but also not random probably) twist of fate, that in between all of the waiting and the rewriting, I had managed to squeak out another middle grade manuscript. When my publisher asked my agent what else I had going on, we sent them the first five chapters of my newer work. They loved it so much, they bought it without even seeing the rest of it. And then decided that it should be the one to publish first. 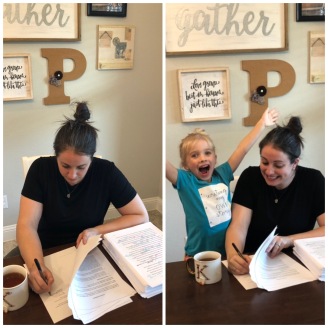 These three women–Amy, Twyla Beth, and Jodi–have changed my life in such a way that I’ll never be able to properly thank them for. They told me that what I have to offer the world is good, important even. They are helping me to believe in myself, to see myself as a real writer, and they are true champions for the writers they work with. I’m so grateful.

My advice to anyone who wants to write a book is the same advice I got years ago: Just sit down, and do it. You totally can. And then, to add my own: be willing to take critique, be willing to rewrite and rewrite again. Do it for the sake of your readers; make it the best you can for them. Don’t let rejection letters discourage you, because you’ll probably get many. There are lots of agents and publishers out there. It takes patience to find the exact right fit for you and your book, but it is possible. And when you do find your people, there is nothing sweeter.

View all posts by katieproctorwrites

2 thoughts on “My Path to Publishing” 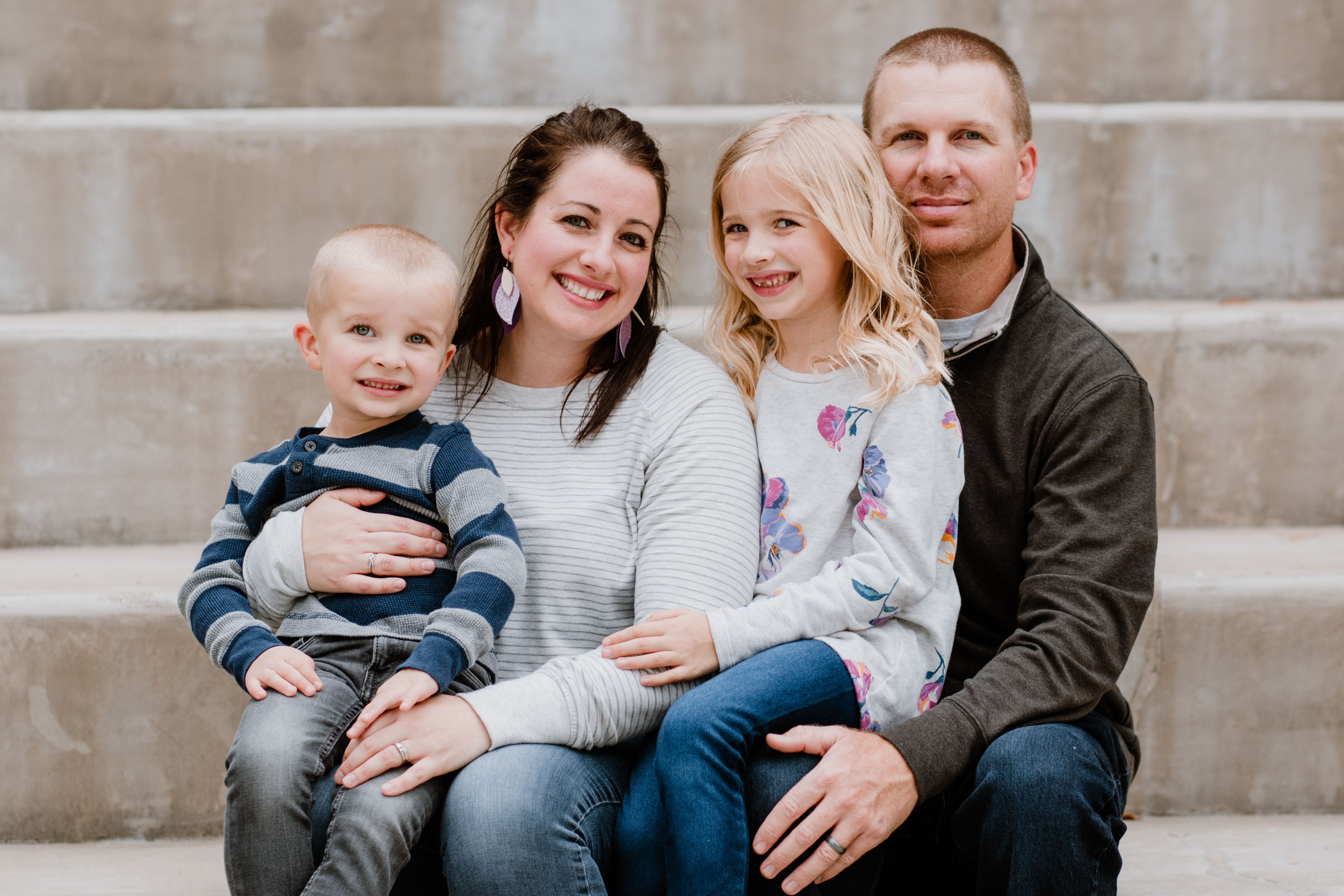